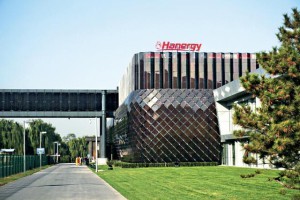 Established in 1994, the company is headquartered in Beijing. It has branches in provinces all over China as well as in the Americas, Europe and the Middle East, Asia-Pacific and Africa, with core businesses covering hydropower, wind power and thin-film solar power.

In February 2014, Hanergy was selected by the MIT Technology Review as one of the 50 smartest companies in the world. It was the only Chinese energy company honored with the award.


Please mention your name, address and the date of installation in the email.