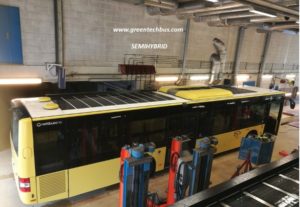 A 14.4 KW project that took almost a year for completion was being undertaken by the Hanergy Dutch team in partnership with Green Energy Scandinavia, a local PV solution provider that’s known for actively developing green energy solutions.

However, this time, under the partnership, the duo delivered the first 10 PV buses to Norway’s largest bus company Nettbuss after successfully applying Hanergy’s US subsidiary Miasolé’s flexible components’ mobile solar energy solution. The thin-film solar panel that is installed on the bus’s roof not only lessens carbon dioxide emissions but also reduces fuel consumption by at least 5% and extends the battery life. 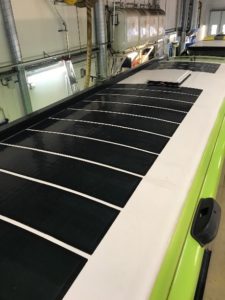 The first 10 buses which use Miasolé’s flexible thin-film model are currently operating in Oslo and Hønefoss. While, Nettbuss is already aiming to further replicate this solution in at least 3300 more buses, the company has already expressed its intention to gradually promote this breakthrough solution from Hanergy to the whole of Northern Europe.